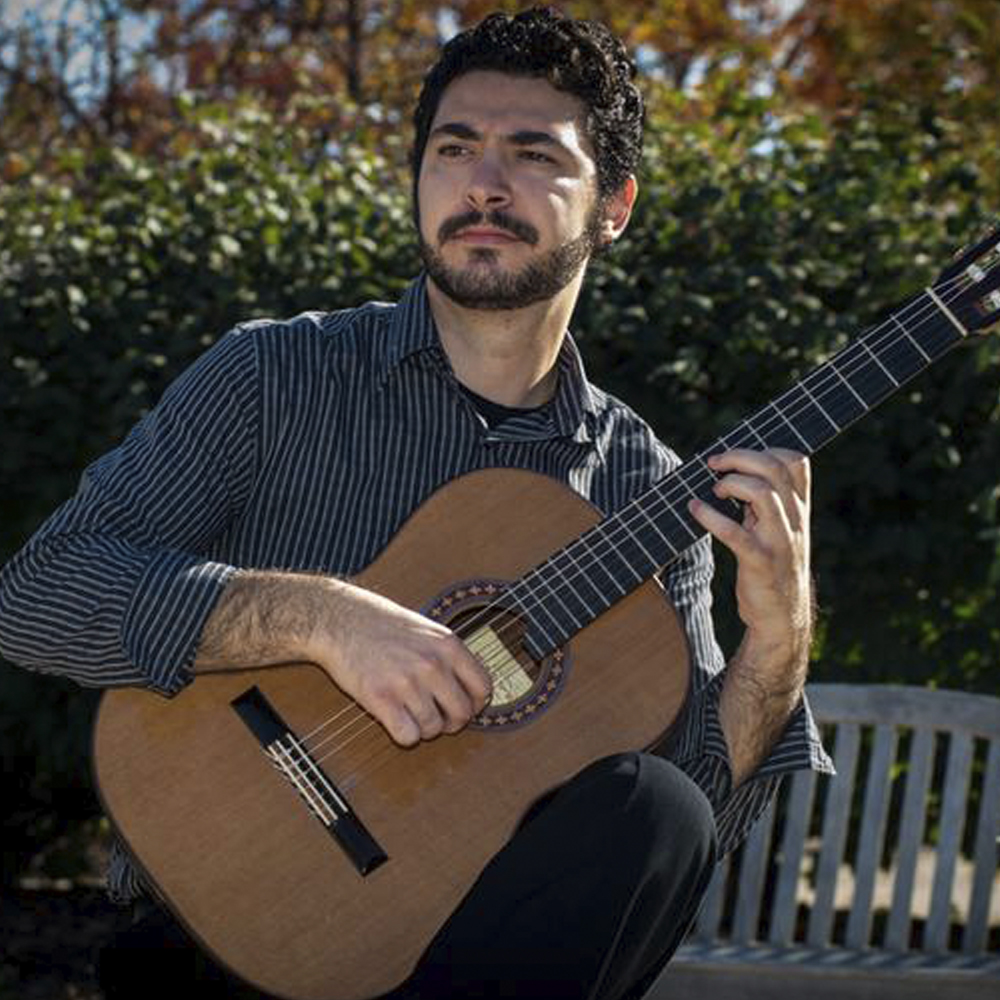 Posted at 13:12h in SAMF Spotlight by Bernadette Rivell
0 Likes

Classical and flamenco guitarist Silviu Octavian Ciulei was born in Constanta, Romania. He began his musical studies at the age of six. At thirteen, he won his first performance prize. In Romania, Silviu won many prizes including First Prize in the National Music Olympics, and was First Prize winner and Gold Medalist three times consecutively in the “George Georgescu” International Music Performance Competition.

In 2004 Silviu was awarded a Full International Scholarship to study guitar performance at Middle Tennessee State University. Upon graduation, he was awarded an Outstanding Achievement Award in Guitar Performance.

Recent solo engagements with his new flamenco project Maharajah Flamenco Trio include teaching and educational outreach series at universities and festivals in the U.S. and abroad.

Silviu holds a Bachelor of Music (BMW) from Middle Tennessee State University, and a Master of Music (MM) and Doctor of Music (DM) in Guitar Performance from the Florida State University College of Music. While at FSU, Silviu was Graduate Teaching Assistant to distinguished Professor Bruce Holzman. In addition to being a classical and flamenco guitarist, Silviu is also a fine flamenco singer, and he is fascinated with languages. He speaks five fluently.

Dr. Silviu Ciulei is currently Head of Guitar Studies at the University of Florida where he teaches a wide array of talented international guitar students at both the undergraduate and graduate levels. He has been on the guitar faculty at Florida State, Furman, and Wake Forrest Universities prior to that. A very sought-after modern and dynamic artist, teacher, composer, mentor, and adjudicator at international competitions, Silviu is featured regularly at many guitar festivals, workshops, and conventions in the US and around the world.