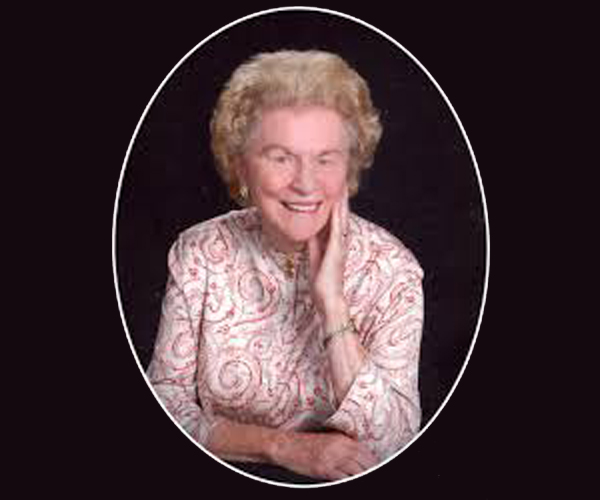 Posted at 09:48h in SAMF News by Bernadette Rivell
0 Likes

One of the most generous and active supporters of the arts in the area – Ruth Conley – passed away on January 4, 2021. I was honored to have had a long friendship with Ruth, and we were fortunate at SAMF that Ruth took a particular interest in our piano nights.

Ruth was a sponsor of SAMF since 2009 and also became an active board member. She later earned an emeritus membership. Ruth continued to play her piano until the very end as she loved the piano so much.

On behalf of SAMF, I offer my deepest condolences to Ruth’s family and friends. She will be greatly missed by many, and she leaves behind a tremendous legacy. 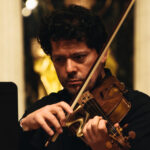 Ruth P. Conley, 100, of Ponte Vedra Beach, FL, died at Vicars Landing Health Care after a brief illness. She was born in Seattle, WA, to John and Esther Pearce. Her mother was the lead soprano for the Seattle Opera and was the first inspiration of the vocation that would invigorate Ruth’s life.

After graduating from the University of Washington in piano performance, she was engaged as the stage manager for the Seattle Symphony Orchestra. With the outbreak of WWII, she enlisted in the Women’s Army Corps. Ruth was assigned as a recruiter and events planner where she met her future husband, Paul A. Conley, who was serving in the Army Air Transport Command. They were married at Bolling Field, Washington, D.C., and spent 48 years together before Mr. Conley’s death in 1993. They had moved to Ponte Vedra from New York City in 1972. Once moved, Ruth took up where she left off in New York organizing lectures, recitals, and anything else musical. She was the biggest cheerleader for the Jacksonville Symphony Orchestra, where her spirit will live on in the music at Jacoby Hall. She was a member of the board of directors (emeritus) of the Jacksonville Symphony and the St. Augustine Music Festival. Her help and encouragement to young and aspiring musicians and the many venues where music was important is probably the greatest legacy of her life. She was a member of Our Lady Star of the Sea Catholic Church and Tuesday Bible Study at The Plantation in Ponte Vedra.

She is survived by four children: Paul (Jane), Omaha, NE; Deborah Bower (Edward), Peterborough, NH; Christopher (Sarah), Hillsdale, MI; and Anne Ondrey (Thomas), Chardon, OH; nine grandchildren, and 13 great-grandchildren. The family would like to thank the staff at Vicars Landing Health Care and Community Hospice of Jacksonville for the good care they took of their beloved mother, grandmother, and great grandmother. Because of the pandemic, PRIVATE FAMILY SERVICES will be held. In lieu of flowers, the family suggests contributions in honor of Ruth be made to the Jacksonville Symphony Orchestra, Our Lady Star of the Sea Catholic Church, or The Catholic Diocese of St. Augustine.